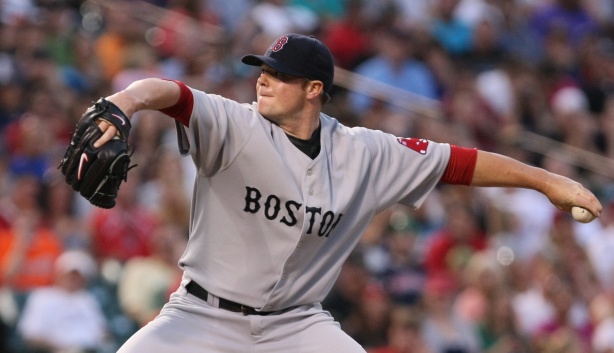 Something amazing has been happening of late among those who follow the Boston Red Sox.

There has been a growing chorus, be they fans, commentators, “writers” who spend more time behind a radio mic than in the press box and other general blowhards, who have accused the local baseball franchise of something so outlandish, so obscene, so patently untrue it honestly makes me wonder if their drinking water has been laced with that hallucinogenic stuff from “Batman Begins.”

They insist the Boston Red Sox, I repeat, the BOSTON RED SOX, are cheap.

This happened. Or, is presently happening.

Let’s forget the present ownership group has kept a player payroll in the top five among MLB teams for the entire time they’ve been in charge. Let’s forget they’ve poured millions into Fenway Park to give fans the ultimate baseball experience every time they walk in. Let’s forget all the other Boston teams have won championships this past decade yet people still remember the Red Sox World Series title in 2004 the most fondly and the Red Sox always tend to be at the center of every fan’s mind, no matter what the calender says.

Put all that aside and just use some reason for a minute. The Red Sox are cheap? What about the Red Sox over the last 10 years has been cheap? Anything?

And even if they’ve spent about $8 million on free agent contracts this winter, why are they knocking the club for making sound business decisions in a market that didn’t really cater to their needs?

I’m stunned at the narrow view when it comes to this topic.

Last offseason, the Red Sox committed $142 million to Carl Crawford and a $154 million extension for Adrian Gonzalez after he arrived for prospects (and considering the not-insanely-better duo of Albert Pujols and Prince Fielder earned contracts of $240 million and $214 million, respectively, how good does that Gonzalez contract look now?). They exercised a $12.5 million option for David Ortiz and are set to pay him more than that in 2012 pending the outcome of arbitration. The previous winter, they spent $82.5 million on John Lackey (yes, that did happen).

Facts are facts. Because of these commitments, trades, draft choices and very laudable efforts to lock up important pieces to long-term (and in most cases, very reasonable) contracts, the Red Sox went into the winter realistically not needing to address any starting positions except for right field, nor did they need to address the top of the starting rotation.

These two facts alone meant the Red Sox had no need to go on a 2011-esque spending spree in 2012.

They pulled two fine trades to address the back end of the bullpen, getting young flamethrowers Mark Melancon and Andrew Bailey while not giving up pieces that figured to be central to their 2012 success. They even got slick-fielding, solid-on base outfielder Ryan Sweeney in the Bailey deal to compete for time in right field.

Much was made following the season about addressing clubhouse chemistry following the September beer-and-fried-chicken scandal. For not a lot of money, the Sox added Nick Punto and Cody Ross, both recently part of World Series Championship teams and who both have the Mike Lowell/Sean Casey clubhouse gene and will fill needed roles on the field.

(Ross initially wanted a three-year contract for $18 million. The Red Sox signed him at one year for $3 million. Just thought I’d mention that.)

All the while, the team is scheduled to have the highest payroll in franchise history in 2012 and will almost certainly go over the luxury tax threshold for the seventh time in nine seasons, according to WEEI.com’s Alex Speier.

So forgive me for failing to see how the Red Sox have suddenly become cheap.

There is, however, one move that has puzzled many in this regard, and I believe there is an explanation for it that’s ultimately not about money.

The Marco Scutaro-for-some-lousy-pitcher trade wasn’t about dumping his $6 million salary (or, more accurately, his $7.67 million luxury tax hit), in my opinion. While it could be viewed that way, the team knew they needed to add an outfielder capable of starting, while also knowing Crawford’s wrist surgery could keep him out for the start of the season.

The Punto signing meant the Red Sox had a surplus of shortstops with Scutaro and Mike Aviles already under contract. Without signing another outfielder, the untested Aviles would have been thrust into a backup outfield role. Adding an outfielder (Ross) meant they could use Aviles exclusively in the infield, where he’s much more comfortable, albeit not a great defender.

Punto is a bench player but fields well, as does prospect Jose Iglesias, who needs to find his bat at Triple-A early this season in order to make an impact in the Majors this year.

Scutaro, while still an excellent contact hitter, is 36 and missed 49 games last season. Defense on the left side of the infield will be critical in 2012 with Kevin Youkilis not getting any younger.

My guess is Ben Cherington and crew ran the numbers, on both offense and defense and saw that an Aviles/Punto/Iglesias platoon at shortstop and 350 to 450 at bats from Ross was a net gain over keeping Scutaro. Otherwise this doesn’t happen.

The unanswered question is why all the Red Sox could get back for Scutaro was Clayton Mortensen, a swingman who sported a 9.42 ERA in Triple-A in 2011. On that level, this was definitely a bad trade. The Rockies were kind enough to take all of Scutaro’s reasonable salary and they were apparently the only team willing to do so.

Perhaps Cherington is more averse than his predecessor to making trades where the Red Sox pay for players to play for other teams. That, in my mind, is a welcome change. Either way, I see how the trade made sense outside of the money that so many are clamoring about.

As I mentioned above, the Red Sox are likely to pay luxury tax again in 2012, this time at an estimated 40 percent clip. The Red Sox hate paying luxury tax for good reasons that seem to be lost on many people. For 2011, the Red Sox paid about $3.4 million in luxury tax. That luxury tax money goes to MLB and gets shared in some fashion with other clubs.

So I ask a practical question: Why should a business want to spend a not-insignificant amount of money on something out of which they see virtually no benefit? Teams can very easily avoid paying luxury tax, and not see their money get flushed down the toilet, by simply not passing the threshold. It’s not like paying income or property taxes.

Can the Red Sox afford to pass the threshold? Clearly they can and will. Do the Red Sox essentially print money at this point? Of course they do. Do we have any idea what kind of revenue this club brings in each year? No, but it’s probably more than we can guess.

This isn’t about the club crying poverty, which they haven’t. This is about making smart business decisions beyond this year. If they can eventually get under the luxury tax threshold by 2014, they’ll reset the percentage they have to pay, which will pay huge dividends in the future.

Saving money is important going forward. There is no doubt the Red Sox are taking a chance by likely going into spring training with a competition for the fourth and fifth rotation slots, just as the Yankees took a similar chance going into 2011, a chance that led to another division title for the Bombers. Convincing Roy Oswalt to sign a one-year tender to come north, which is still a distinct possibility with the money from Scutaro’s deal, would at least create some stability.

But there was no reason to overspend this year on starting pitching when next winter is really where this team should be focused.

This isn’t about a soccer team. This is about a team that has spent a lot of money in the past, some good and some bad. This is about an offseason where they didn’t have a lot of needs and didn’t see a free agent market where their concerns would be addressed by spending money. This is about maneuvering a new Collective Bargaining Agreement that will certainly impact trades, the draft and free agency in ways we can’t yet comprehend.

This is about a team with an astoundingly strong offense, an improving defense, a trio atop the rotation that when healthy most clubs would kill for, a plethora of options for the remaining rotation spots, a deep bullpen with hungry young arms, a general manager who has soaked in the personnel triumphs and failures of his franchise for more than a decade and a manager eager (and I mean EAGER) to prove himself once again.

As we learned last year, you can’t win a World Series in December, January or February.

But if they fall short again, anyone who claims it was because the Boston Red Sox were cheap never looked deeper than the surface.